Set in the European headquarters of News Corporations, the Times Red Box debate was perfectly located. At the home of newspapers such as The Times and The Sun was a political discussion that was circled by the lights of an evening in London. Amongst the high end conference rooms were five black chairs that faced an almost fully packed audience. They were to be filled by the political minds of Isabel Hardman, Sean Kemp, Matthew Goodwin and Lindsay McIntosh who were joined by the host, Philip Webster.

The start of the discussion was polite and formal with three of the guests proposing an argument on which party they saw as the greatest threat to the main parties. The fourth guest, a former advisor to Nick Clegg, saw hope for the Liberal Democrats and was clear on what they would need to do in order to survive.

Lindsay McIntosh began by arguing that the SNP is the biggest threat to the main parties and that the party has been underrated by Westminster. At an SNP conference, David Cameron spoke of coming out 'united' following the referendum.  Cameron, according to McIntosh, is more popular as an individual in Scotland than Miliband and that there is a desire to have a Labour government with Cameron as a prime minister. Despite seeing a Labour coalition with the SNP as both unpredictable and unstable, McIntosh believes that the 45% of support for the SNP north of the English/Scottish border causes the party to be the biggest threat. 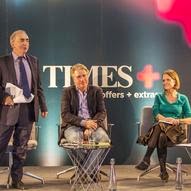 Matthew Goodwin began his argument with references to Europe. He firmly believes that UKIP is a threat to the Conservatives and Labour. UKIP are, in Goodwin's eyes, the most significant non-main party with 2 Conservative defectors and 2 parliamentary bi-elections under their belt. In February 2014, UKIP had a support of 14.4%, twice the support needed to cause damage. Goodwin presumes that a typical UKIP voter earns £25,000 a year, left school at 16 and has no qualifications. In terms of UKIP success, on the east coast and the south coast, the party is polling well.

Matthew's prediction was that UKIP would win 6 seats in May and is a threat to Labour as well as Conservatives, particularly Labour concerning the northern areas and working class voters. With the statistic that 40% of working class voters believe they do not have a say in government, it is clear to see that UKIP are likely to attract these voters who no longer see the attraction in Labour and the Conservatives.

Isabel Hardman began her argument with the establishment that the Greens are a threat but are weak as a party. Hardman accused the Greens of not focusing on their policy. During an interview on LBC on the 24th February, Green leader Natalie Bennett struggled to explain the policies of her own party. 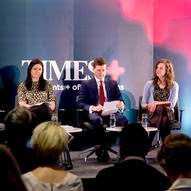 Hardman argues that the party have caused voters to not think about policies. The launch of the party's campaign was orientated around the message of ‘hope over fear.’ Hardman believes that the Greens are a threat as they attract young voters. A typical Green voter, in Hardman's eyes is typically cosmopolitan, tends to be young and lives in an urban area. Labour and the Liberal Democrats have been slow, according to Hardman, to pick up on the threat of this party who could steal young voters.

A former advisor to Nick Clegg highlighted the importance of power within politics. Sean Kemp spoke of Liberal Democrat survival that in his point of view depends on the party’s handle of power. Kemp believes that the party will be successful and that their power depends on getting it, keeping it and using it, which Kemp believes the Liberal Democrats, will do. Kemp highlighted the achievements of the party, which includes the 5 years of the coalition and the party’s break up of the 2 party system. The party has paid heavy prices in government through many compromises but are a ‘safe bet’ and Kemp is sure that Clegg’s phone number will be the first to dial if Miliband or Cameron fails to gain a majority in May.

It was a well-mannered and academic debate that stimulated the minds of the audience. It seems as if these 3 small parties are a significant threat and have the potential to cause damage but to the extent that damage will be done, is merely unpredictable. The election in May is predicted to result in the lowest percentage share for the 2 main parties since 1918. Therefore, the small parties have certainly changed politics.

THE EAGLE: The winter term edition of the @stjohnspolitics school politics magazine, edited and written by @stjohnssurrey pupils https...